How to Monitor MPLS to SD-WAN Migrations

This article is part of a series of articles about continuously monitoring SD-WAN networks before, during, and after migrations. The articles include:

Why Migrate from MPLS to SD-WAN?

Businesses are moving to cloud-based applications, which increases our reliance on the Internet to deliver WAN traffic. And MPLS (Multi-Protocol Label Switching) networks just can’t keep up.

As a result, many businesses are migrating from MPLS networks to hybrid WAN architectures and SD-WAN technology. Some reasons include:

Why Monitor MPLS to SD-WAN Migrations?

One mistake that businesses make when migrating from MPLS to SD-WAN is lacking visibility over their networks to:

Keep reading to find out how to monitor your MPLS to SD-WAN migrations using end-to-end Network Monitoring.

For continuous monitoring of your SD-WAN network and to make sure your SD-WAN service is performing as promised, check out our article on How to Monitor SD-WAN Networks.

Monitoring MPLs to SD-WAN migrations requires a level of depth that can’t be reached by most traditional monitoring tools. That’s because you need to monitor:

When performing an MPLS to SD-WAN migration, it’s important to deploy your monitoring solution before the migration, in your MPLS network, so you can compare the performance before and after the migration.

To do so, you need to deploy Monitoring Agents, which are a unique software that measure performance from one location (your computer or your office) up to the destination (another office, datacenter or clouds) to identify network problems.

To monitor network performance prior to your migration, we recommend deploying: 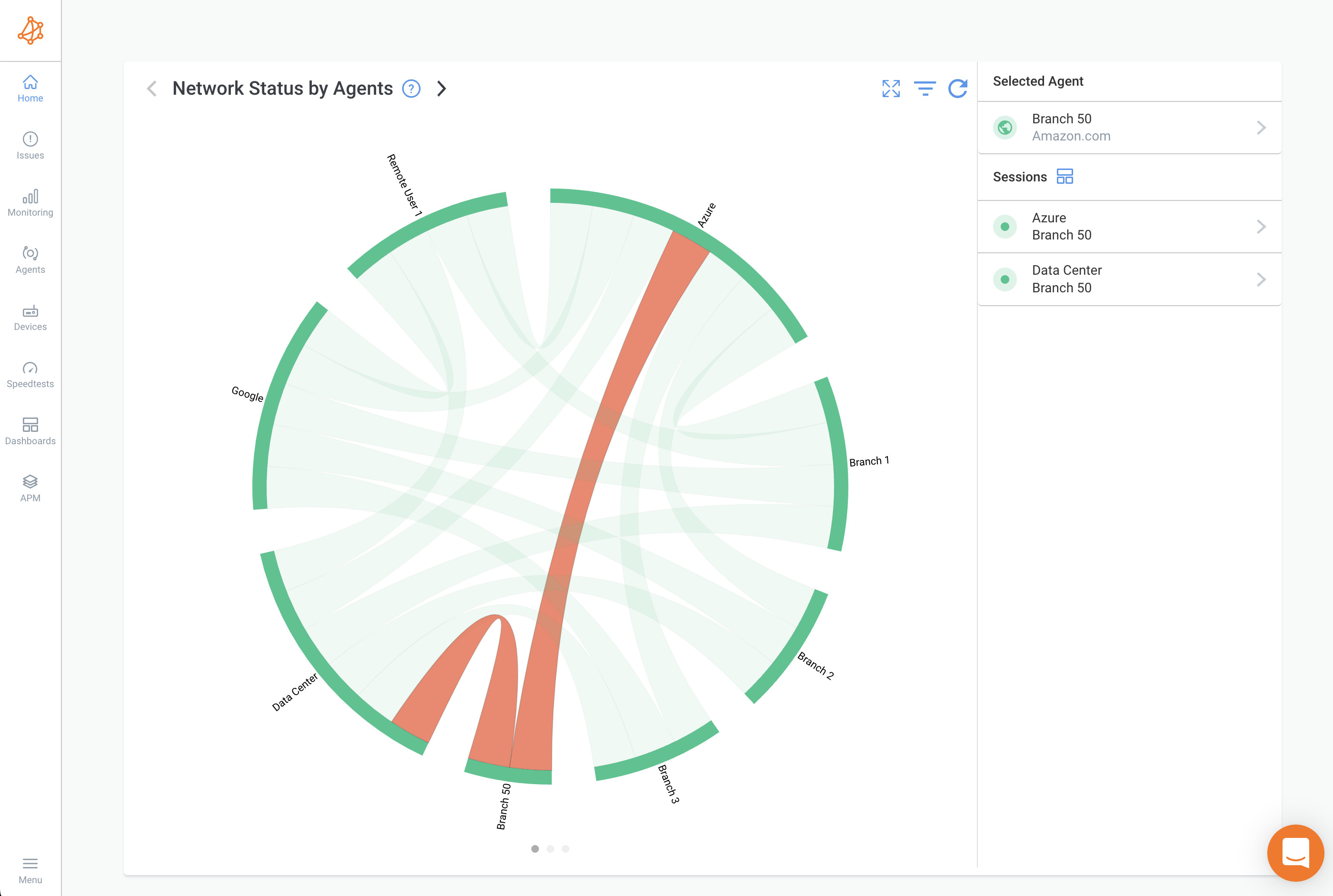 The Agents then create Monitoring Sessions by exchanging synthetic UDP packets between every 2 sets of Agents to measure performance metrics and raise alerts for when network issues are detected.

At this point, you can identify network issues that could cause problems during the migration process.

If you do find anything suspicious, it’s important to troubleshoot before the migration.

Once you’ve deployed your issues and troubleshooted any issues, it’s time to migrate from MPLS to SD-WAN.

In the screenshot below, you can see an example of a branch office that migrated from a dedicated low-bandwidth MPLS connection to an SD-WAN service with two broadband connections.

In this example, the branch office migrated from a dedicated low-bandwidth MPLS connection to an SD-WAN service with two brandband connections.

Step 5. Compare Performance After the MPLS to SD-WAN Migration

Once you’ve migrated from your MPLS network, you need to compare performance with your new SD-WAN network to understand if your new service is performing as promised.

For example, the screenshot below shows a congestion problem on an MPLS network which was resolved thanks to the increase of bandwidth on the telecom link. Branch office 10 migrated from an MPLS connection to an SD-WAN service, which occurred at about 17:12 (where the tooltip appears). 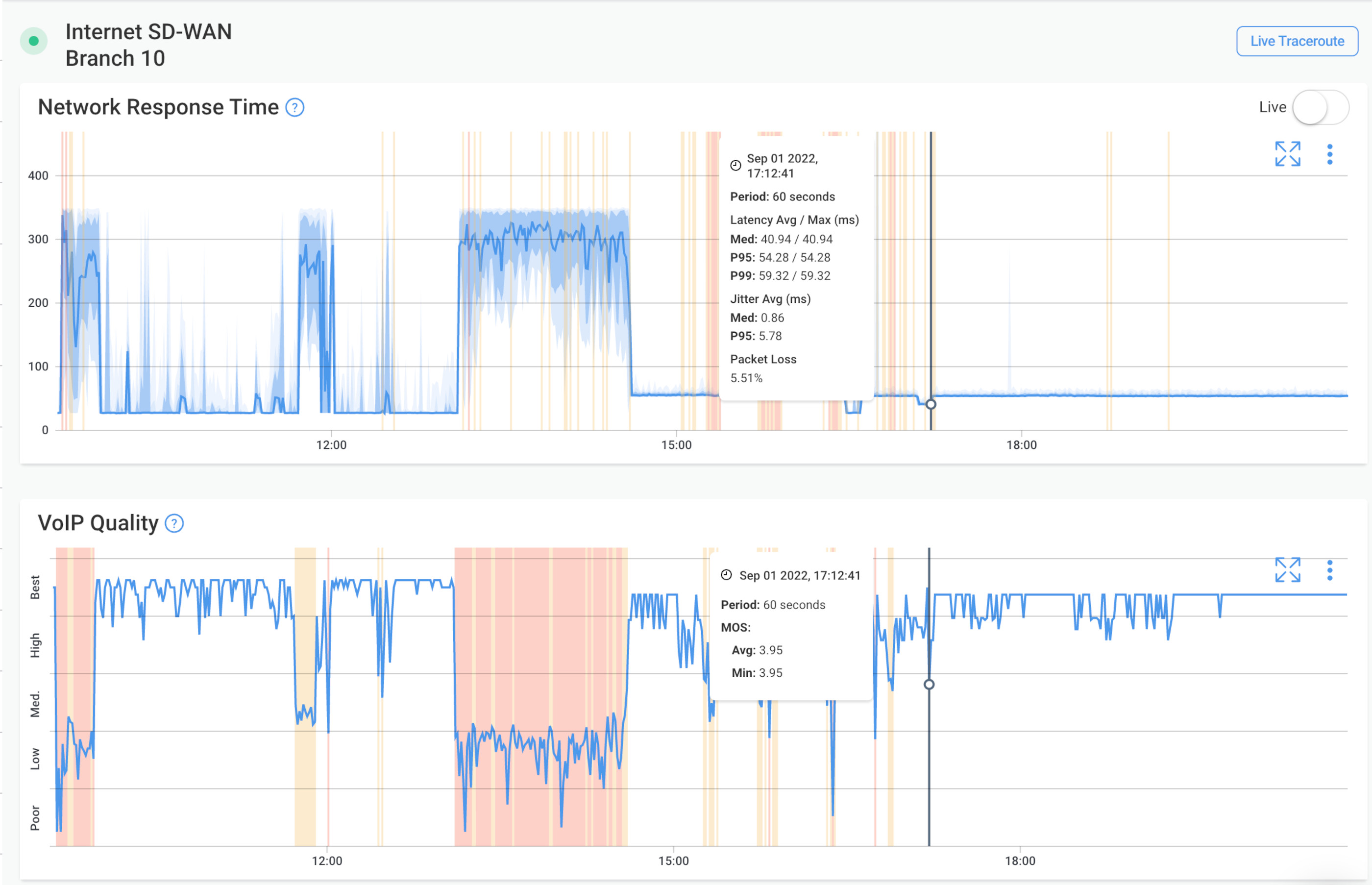 After you’ve successfully completed your MPLS to SD-WAN migration, continue to monitor performance from the end-user perspective, as well as the underlay connections themselves, to see how your new SD-WAN service is performing. 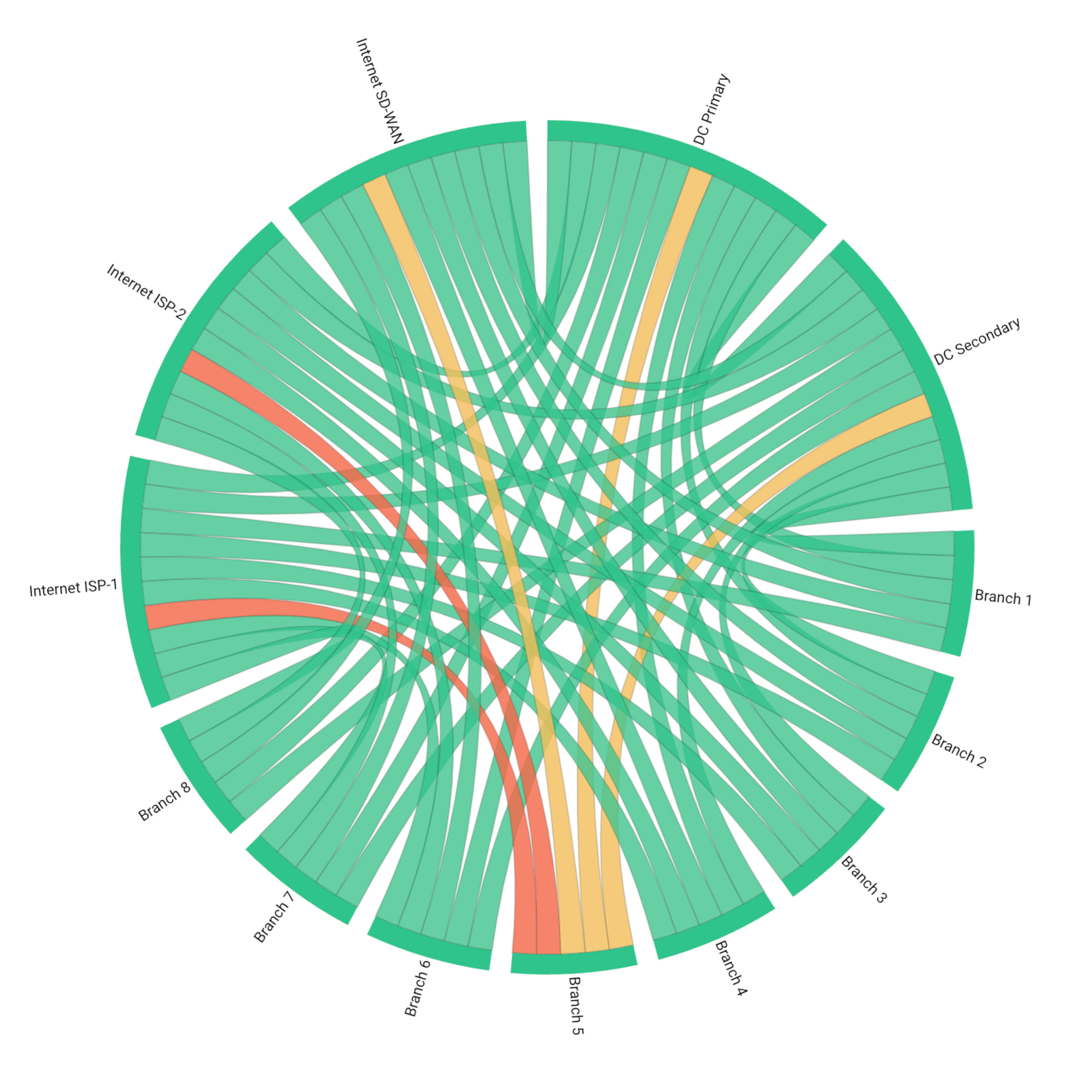 You can then collect data to identify SD-WAN network problems after the migration, and while continuously using your SD-WAN network.

You can learn more about that in our next article of the series on How to Monitor SD-WAN Networks.

Prepare for an MPLS to SD-WAN Migration

Continuously monitoring your network is the #1 way to prepare for an MPLS to SD-WAN migration.

SD-WAN migration monitoring using Network Monitoring is an essential risk management tool to identify issues in your MPLS network that may affect your migration, track network health during, and compare performance after your MPLS to SD-WAN migration has been completed.

After your migration, keep monitoring your SD-WAN network with Obkio to proactively identify SD-WAN issues!

Get started with Obkio's Free Trial!

Related Blog Categories:
How To
SD-WAN