How to Monitor Distributed Networks

What is a Distributed Network?

In the past, companies with multiple sites used to rely on centralized network architecture to interconnect all business locations to one single, unified network.

A Distributed Network is a network infrastructure which is spread out across a variety of different systems, devices, locations and applications. The various systems in distributed network architecture can all communicate with each other but are also able to function on their own.

These sites can be physically segregated from each other but combined via the internet so that, if one system breaks or is overloaded, the others can remain to work without being impacted. This makes them more flexible, secure, and reliable than centralized networks.

Why are distributed networks so popular?

With the increasing use of SD-WAN networks and Cloud apps, more companies are adopting Distributed Networks.

Distributed networks also complexify data flows between sites, meaning that traditional monitoring tools, which only monitor from a centralized location to a site, but not between the sites (branches, clouds etc.) themselves, can’t properly monitor distributed networks.

The image below shows you the complexity of monitoring Distributed networks:

Wondering why performance monitoring is hard in a distributed network?

Adding network locations to a distributed network will only make the network data flows more complex.

As we can see from the infographic above, with the same number of sites, distributed networks have 90 more communication paths (lines) than centralized networks, all which can be affected by poor network performance. Traditional monitoring solutions would not be able to identify issues along these additional paths.

So when network problems arise, they can happen at any point in the network infrastructure, internally or externally. If they are intermittent, this makes them even more difficult to pinpoint.

This is why you need to monitor your distributed network to get visibility of every network site and communication path to identify issues. To do that, you need to run performance tests from all the network sites directly.

How to Monitor Distributed Networks

Whether it’s a traditional network or distributed network, when you want to measure network performance, the measurement is always between two points in a network. 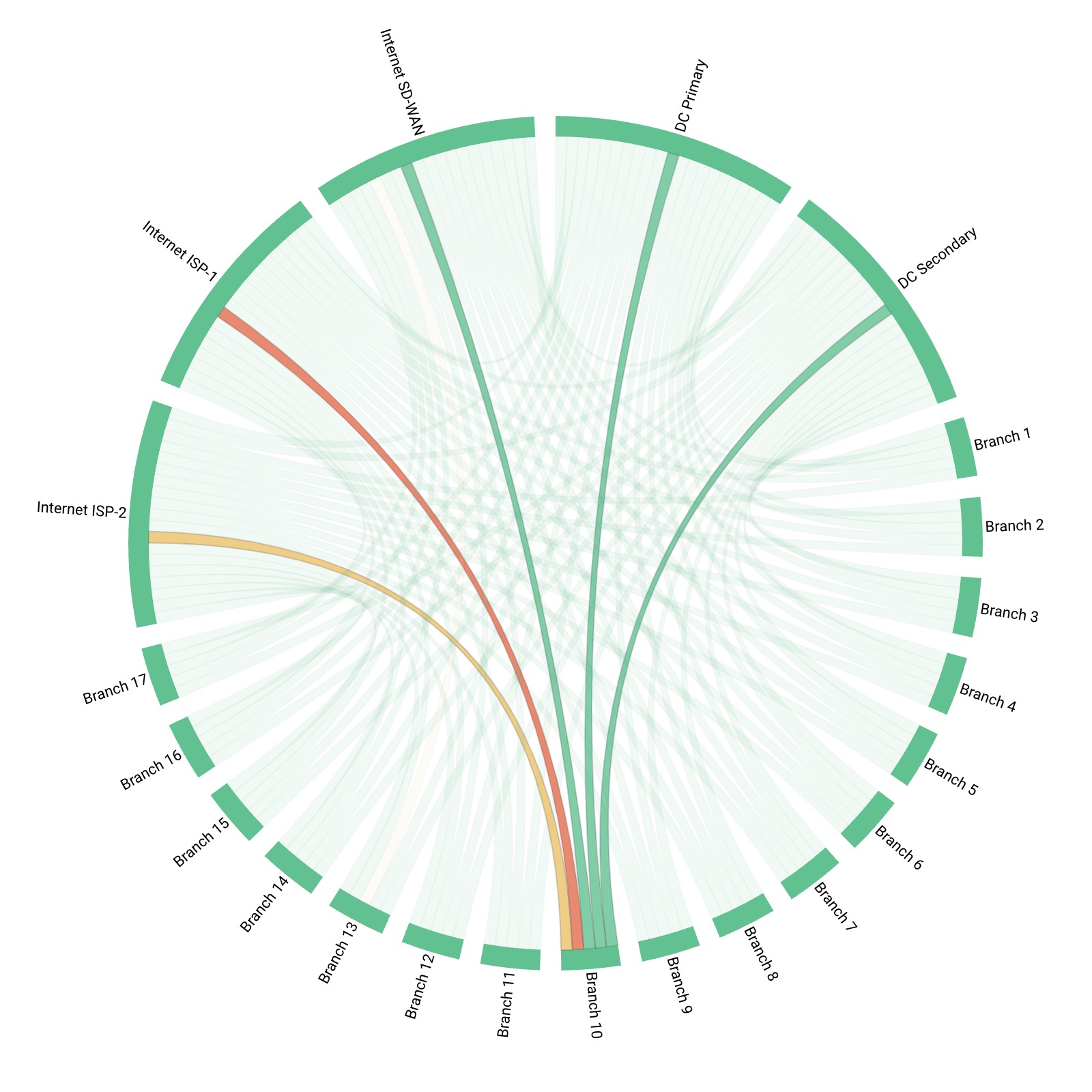 Whatever two points you choose, you need something to monitor every location. To do so, you need local tools continuously running tests at every network location.

You need an Agent-Based monitoring solution.

Monitoring and troubleshooting five or more network locations, including remote offices, data centers, and remote employees, is difficult to do without the right software. 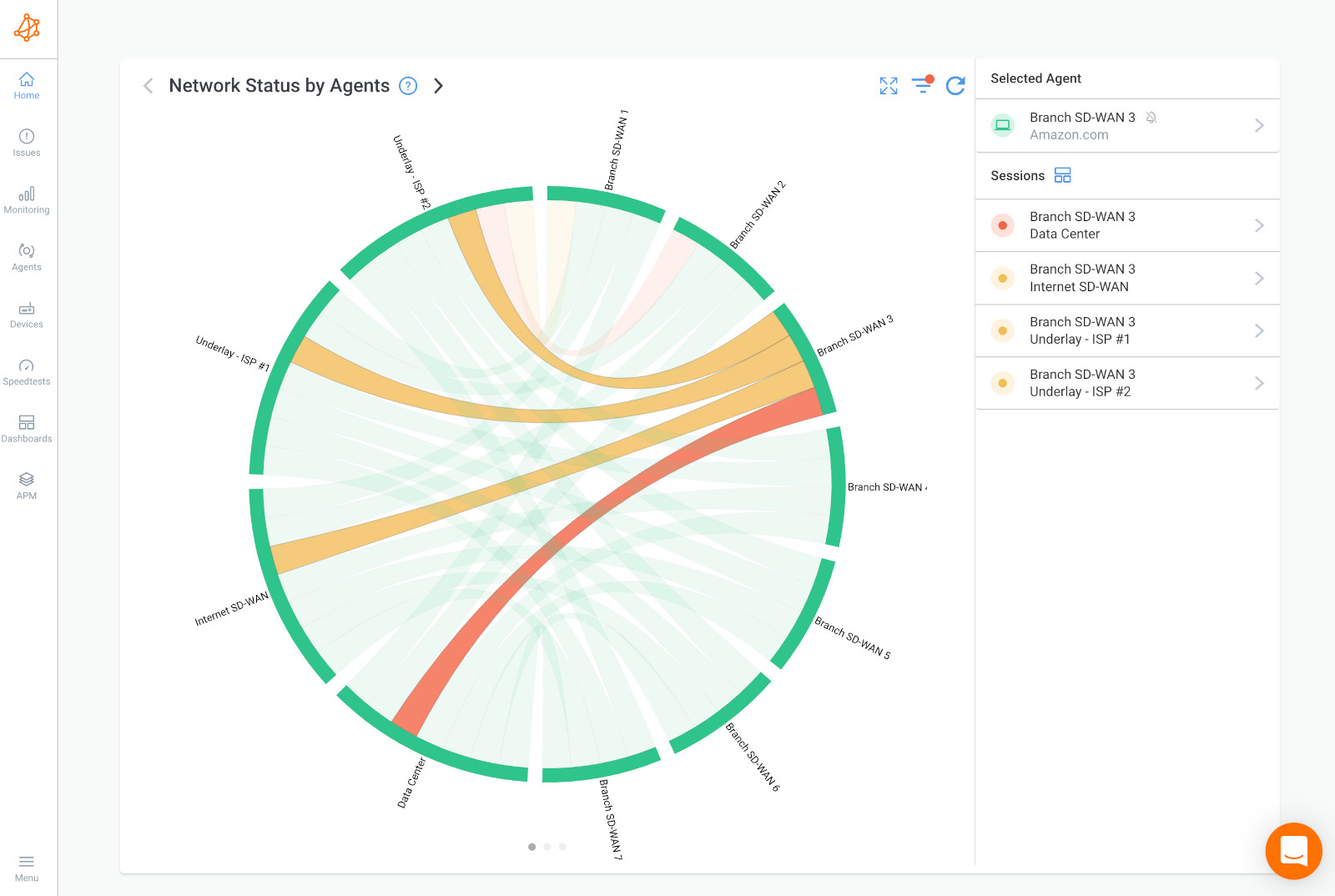 They exchange Synthetic Traffic between each other every 500ms to monitor performance between every single network location.

The Monitoring Agents measure network metrics, alert you of network problems, and collect information to help you troubleshoot internally or with your service provider.

Get started in less than 10 minutes with Obkio’s Free Trial!

Obkio monitors network performance between every decentralized network location using Monitoring Agents. So to begin, you need to deploy Agents.

You can set this up in just 10 minutes with Obkio’s Free Trial. 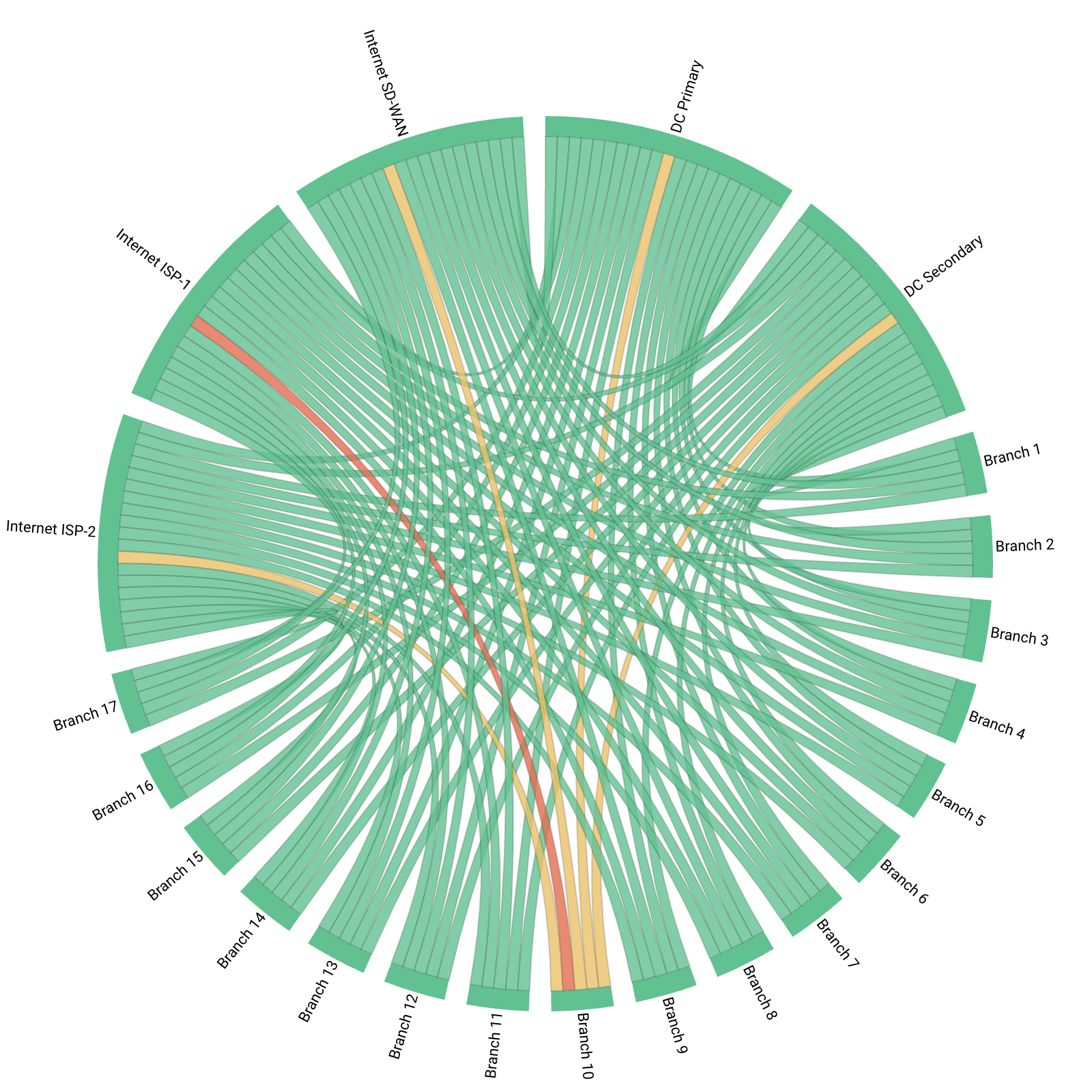 When you need to manage multiple network locations in a distributed network, some in very remote locations, you don’t always have on-site staff available. And you don’t need to!

Obkio’s Monitoring Agents allow you to have virtual IT staff in each network location. The Agents will continuously measure network performance and send the information to Obkio’s SaaS app.

This way, your remote IT staff can analyze the network status and identify network problems in the Cloud using Obkio’s Chord Diagram and dashboards. They can even collect information to troubleshoot network issues remotely. 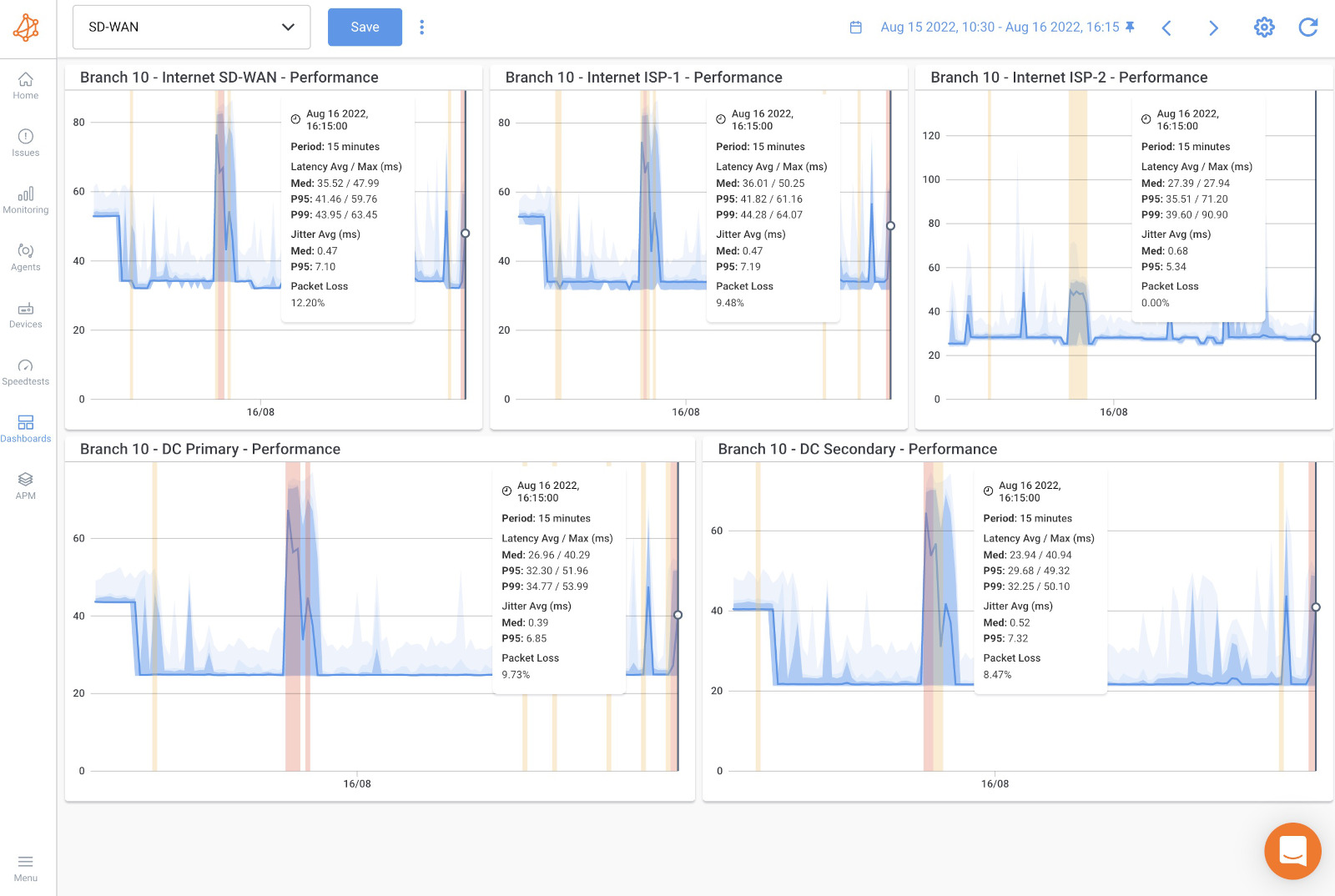 Anyone can run network tests sporadically when users complain about a performance issue. But what if you want to detect problems before they affect end-users? Or if you want to catch intermittent issues?

Continuously monitoring your distributed network locations allows you to proactively identify network problems before they affect users, and gives you a better chance of catching intermittent network problems, which appear and disappear sporadically.

This is why Obkio’s Monitoring Agents exchange synthetic traffic every 500ms, to continuously monitor performance to give you visibility of all your network locations, even when you’re not paying attention.

Continuously monitoring your network also allows you to analyze historical data and troubleshoot past network issues, as well as establish a baseline to identify when your network performance has decreased from your baseline.

With this setup, you can now continuously monitor all locations in your distribution network infrastructure. Best of all is that, as your network grows, Obkio’s Network Performance Monitoring tool can scale with you.

As you add locations to your distributed network, you can easily deploy more Monitoring Agents in your locations, which is a flexibility not offered with traditional monitoring solutions.

At this point you can go on to identify any problems in your network, and troubleshoot internally, or externally with your Service Providers. Check out more articles to learn how:

Distributed networks are the future of networking, and you need a monitoring solution that can keep up.

Learn about the top 3 network monitoring use cases for MPSs, including network assessment, network troubleshooting, and continuous monitoring.

How to Monitor Google Cloud Interconnect and Network Performance